#5. Museums are a great place to take your children, especially when it’s hands-on. The Children’s Art Museum downtown LA was a hit for my kids. Also, a rather chilling adventure is the Museum of Tolerance, located in LA.
http://www.redtri.com/los-angeles-kids/the-best-museums-for-kids-in-los-angeles
http://www.museumoftolerance.com/site/c.tmL6KfNVLtH/b.4865925/k.CAD7/HomeMOT.htm

#4. Radio & TV stations sometimes give tours for kids. We went to KOST FM in Los Angeles and were able to sit in “live” as the announcer was on air. Also, we went into the sound room and each kid made a recording introducing KOST radio. Each child was given a copy of their own voice. Also went to PBS TV station and got a tour.

#3. This slot wins because of all the different sports we did. Here is just a few; handball, baseball, basketball, swimming pool, ocean beach, body surfing, football, volleyball, soccer, skiing, skateboarding, bowling, horseback riding, Sea World, San Diego & LA Zoo and hiking. It’s a funny thing but one they really enjoyed was finding tadpoles on an outing. It’s the simple things of life that can be the most interesting. [Oh, one field trip is so connected to real life, that it brings the problem of human relations into view. A trip to the court house to sit in on a live court proceeding. We went to small claims court where two parties are involved in a suit of some nature. Have the kids discuss who was right and who was wrong. Ask them if they think the judge was correct in the decision.]

#2. We found a Domino’s manager who gave a tour showing the process of making a pizza. The best part was each child made their own pizza by pressing down the dough, putting on the sauce, toppings they liked and placing them in the oven. Of course, they were able to eat their pizza along with a drink, all compliments of Dominos.

#1.Number 1 has two winners.
We made a movie, actually two movies at different times. The kids dreamed up the story and wrote the scripts. Each child (I home schooled my two kids along with 6 other children) had a part along with make-up, scenery etc. The first movie was “The Haunted House” and the second movie was titled, “The Invisible Man.” They loved it and to this day they still watch them. Of course, they are now young adults and it makes for even greater entertainment.

The other was a 3 hour tour/ride on the “Lady Washington” ship out on the Pacific Ocean. It’s all hands-on from steering the ship to learning the life of early sailors. Did you know the term “knots” for speed of a ship was originally from the sailor throwing a heavy rope in the water as the ship was traveling. The rope is a on a spool. The rope has knots tied at equal measurements. The sailor then counted the number of knots in the water after a certain amount of time. The kids threw the rope in the water and then determine how fast we were going. btw “Lady Washington” ship was used in filming of the “Pirates of the Caribbean.”
http://www.historicalseaport.org/education-programs/voyages-of-discovery

I was asked, “How do these relate to math?” My response was, “Have the child discover where math is used in any field trip?” Or a better question might be, “Where is Math not used?” It’s second nature just to do things, but when a child investigates the world around him/her, the field of math blooms in front of them.

Oh, what is common amongst these top 10 field trips? The kids experience, hands-on, touch, see, feel life. There’s nothing more boring than sitting at a desk with no connection to life or “doingness!”

Who is RJ Toftness? Author of “Unlock the Mystery to Math” & “Fractions: Part 1.” He tutors plus gives math workshops in California. Also, for the first time on 1 laminated sheet the “road map of math” is laid out (preschool thru 12th grade) for a child or adult to grade his/her weaknesses and strong points in math. 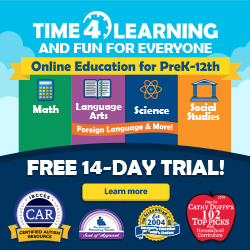 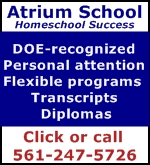